A Word from Our Spawn-Sir: Todd McFarlane Talks

On more monster toys, his video game, a possible new scale for Halo and more. 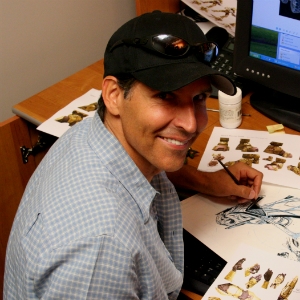 Todd McFarlane was at the forefront of sweeping changes in the comic and toy industries, but he hasn’t been as visible lately. That may be about to change, as we caught up with him to ask the questions we’ve been wanting answered for some years now.GeekChicDaily: Do you miss doing the more gory horror figures and scantly clad females? Do you plan on getting back into that?Todd McFarlane: The simple answer is yes. We’re going to be starting up a new preorder website where we’re going to be able to go back and do some of that crazy stuff that we used to sort of cut our teeth on. I’d love to be doing a hundred monster figures a year…[but] the stores that used to support it and buy it just disappeared.GCD: Is the giant Halo Falcon vehicle shown at Toy Fair actually going to come out?TMF: We just presented…our new set of toys outside of our regular scale that will allow us to start doing the vehicles at a price that won’t be outrageous. We’ll be making a big announcement on that once we get final approval. It’s just a scale problem.GCD: What about the Twisted Land of Oz film? Is that still happening?TMF: …they didn’t really quite get it from the very getgo. You had things like Alice in Wonderland come out that sort of worked and they wanted to go PG-13, a little Harry Potter-esque to me. It should’ve been this cool R-rated thing.Haunt your way over to our full interview with Todd, and keep checking Spawn.com for all his latest announcements.