An Unexpected Trek Into Darkness

Set your phasers to “fun” for this Star Trek preview! 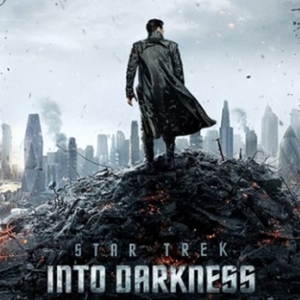 Lately, the Internet has been plagued by two burning questions: how did that fashionable monkey get into an IKEA, and who the hell is Benedict Cumberbatch playing in this summer’s Star Trek Into Darkness? Our primate problem has been solved, but the Cumberbatch conundrum remains. Well, fear not, dear Redshirts readers because we have seen the 9 minute preview playing in advance of The Hobbit: An Unexpected Journey and we recently spent the day at Bad Robot to get an in-depth preview of just what J.J. Abrams is up to. So, prepare to boldly go where no one (save for a handful of journalists and a couple of Starfleet members) have gone before.Star Trek Into Darkness has been making the tireless laborers at the rumor mill work over time thanks to the most teasery teaser trailer that we’ve seen in a while. If you’re torn over whether to see The Hobbit in IMAX 3D, then the promise of 9 minutes of advance footage should be enough to entice you. Worried by the trailer that it’s going to be too grim of a film? J.J. Abrams assured us that “it’s very doom and gloom, but it’s fun too,” which is reassuring to say the least. The term “gritty reboot” gets thrown around a lot these days, but it looks like Bad Robot found the sweet spot, a Kobayashi Maru-esque challenge if we’ve ever seen one.Maybe your questions run a bit deeper than the average fan’s. For instance, how long does it take Michael Giacchino to compose a score? Who are Alice Eve and Joseph Gatt playing? Who’s hand is pressed against Spock’s at the end of the teaser trailer? Take a deep breath, relax and call us “Mr. Sulu” because we’re about to get you up to warp speed on everything you need to know about Star Trek Into Darkness. Oh, and for the last time, Benedict Cumberbatch is not playing Sherlock in this film; we know that Season 2 ended on a cliffhanger, but that is highly illogical.