This 3-day Asian culture fest will bring shojo to SoHo. 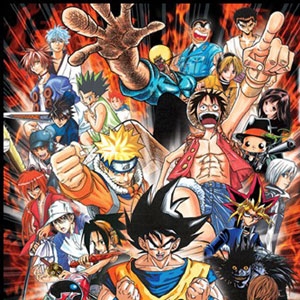 If you missed Otakon last weekend, don’t do a face fault. From August 12th to August 14th, AniMiniCon SoHo 2011 will descend on the city like so many Night Class vampires. There’s a screening of Chocolate Underground and it gets sweeter from there. First there’s a cosplay reception where Sasukes and Narutos alike can enjoy refreshments and music in harmony. Then the space transforms into a virtual Tokyo, or Central City if that’s how you’re dressed. In addition to the 16 30″ LCD screens showing awesome titles like ICE, there will be workshops on manga drawing and animation cels from Lizbeth Jimenez and Brian Mah. Don’t miss the awesome gallery by costume photographer Stephen Tang. The weekend closes with a classy Gothic Lolita, steampunk and Victorian tea party. Of course there will be plenty of clothing, accessories and collectibles to pick up too. It all happens at the SoHo Gallery for Digital Art. Register online to get in all three days for 30 bucks. You’ll have plenty of cash left over for Dollfies. Get in now before Hollywood gets a hold and casts Justin Timberlake in the remake.