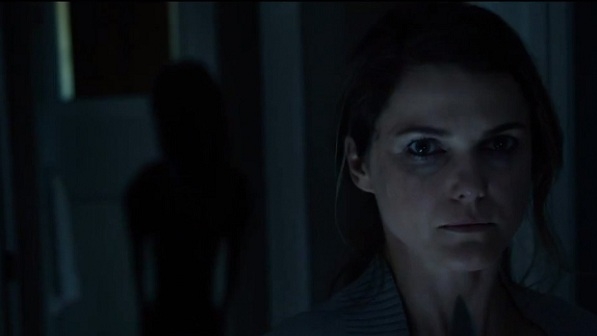 The new film Dark Skies is a terrifying glimpse into one family’s continued torment by extraterrestrials. Stars Keri Russell and Josh Hamilton play parents who attempt to protect their family and end the nightmare, even as they are losing control themselves. The film was produced by Jason Blum, whose company, Blumhouse Productions, has made a name for itself by making micro-budget films with wide release, and appeal, dating back to the first Paranormal Activity in 2007. We spoke to Blum about Dark Skies and about the challenges and benefits to making “high-concept, low-budget” chillers. (Read the full interview here) NERDIST NEWS: If you could please, tell us a little about Dark Skies and how you became involved in the project. JASON BLUM: It started as an idea by Scott Charles Stewart [who wrote and directed] that he told me about. It was really 100% his story and he took six weeks to write the script and I loved it and the movie that comes out in two weeks is very close to the original script that he wrote, actually. NN: His first two features as director (Legion and Priest) are very effects-heavy and that’s not really what you guys are about; was that something you discussed beforehand, to try to minimize the amount of CGI that would need to be done? JB: Yeah, really, I think effects in expensive movies are so good, and our movies are less expensive, so I don’t really like to compete on that level. I really emphasize in our movies story and characters and the actors and the performances, and Scott really agreed with that. He was really on board. We do have a few effects which he oversaw and made really cool, but, you’re right, the emphasis in this is not on effects.For more of our interview with Jason Blum, including his thoughts on how his movies stack up to big-budget fare, head on over to Nerdist.com.