Watch Your Favorite Artists Speak as You Gorge on Tacos

Call Rick Moranis, the comic con has been shrunk. 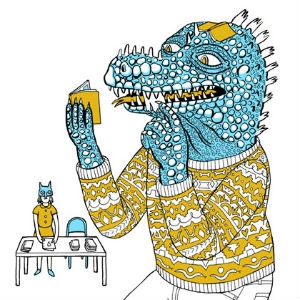 Huge comic conventions are great fun. You get to see lots of people dressed like Batman and the dude from that video game Assassin’s Creed. You get to eat overpriced pizza with like-minded individuals and plan your route of attack through the crowded and labyrinthine expo-center. Sometimes, though, it’s cool to get as intimate as a lazy Sunday afternoon between Wolverine and Mariko. Enter the Brooklyn Comics and Graphics Festival.The FREE fest, which is in its third year, features all of the stuff you enjoy from typical cons, just on a smaller scale. There are plenty of Q+As and panel discussions featuring a veritable who’s who of both DIY and superhero comics. You’ll have a chance to see Chip Kidd, Jack Davis, Phoebe Gloeckner, David Mazzucchelli and more. There will also be plenty of vendors setting up shop in a nearby church. You heard that right. Now you can give confession that you never actually finished reading Watchmen when you said you did.The whole thing gets inked on December 3rd. The festival is split into two locations, with the vendors setting up shop at the Our Lady of Mt. Carmel Church and the speechifying taking place at renowned watering hole Union Pool. This bar, by the way, has a pretty fantastic taco truck. Tacos and comics?! We are in like Qui-Gon Jinn.