The games are cardboard. Their inventor thinks outside the box. 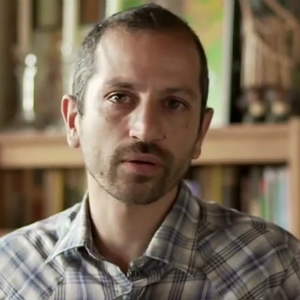 In the YouTube sensation Caine’s Arcade, the nine-year-old son of an auto-parts dealer makes a fully interactive arcade from cardboard boxes. Filmmaker Nirvan Mullick discovered Caine when he came to buy a new car-door handle, and decided the boy’s story had to be told. Over two million views later, we caught up to Mullick to see how his and Caine’s worlds had changed.Nerdist: After the events of the film, did Caine maintain the arcade? Or did it die down and then liven up again once the short made it online?Nirvan Mullick: He kept it going, and he’s made a lot of modifications since. He had basketball season, so he was gone for most of that. After basketball was over, he kept the arcade but wasn’t getting many customers still. So he made a little cardboard snack cart that he put on a skateboard to bring in extra business. He was selling little drinks and stuff. I told him, “I promise you that I’m going to finish this film, and I hope that it brings you some customers. Thank you for being patient.” He’s pretty happy because now he’s got more customers at his arcade.N: We can’t help noticing that in your credits, you’ve got one movie about a guy who lives in a cardboard box, and another about a guy who creates his own little world. Do you see a common thread through those into Caine’s Arcade?NM: Yeah. For me the common thread in everything I’ve made is this idea of perfect moments. That’s what got me into animation. I used to study philosophy, and I was reading Sartre’s Nausea which talks about perfect moments and I started thinking about how you can take hundreds of hours to make one perfect second of animation as beautiful as possible. So you end up taking three years to make a film about a guy in a box and nobody sees it. But as long as you’re into the process , it doesn’t really matter.  That’s what I saw with Caine when I learned he hadn’t had any customers, but had spent all this time building this elaborate world. You could tell he was in it just because of this obsessive need to create.N: He certainly has the drive and the ability to gather the resources. We can see how Caine’s experience connects to that of a filmmaker, in terms of the mindset of needing to create.NM: Waiting for customers is kind of like waiting for an audience. You make films and you put them out there in the hopes that somebody sees them. I was lucky enough to stumble across Caine, and have been lucky enough that people have responded, and are paying it forward.For more from Mullick – and to see the original film – check out the perfect moment that is our full-length interview.