The show starts tomorrow. Here’s what we’ll be monitoring. 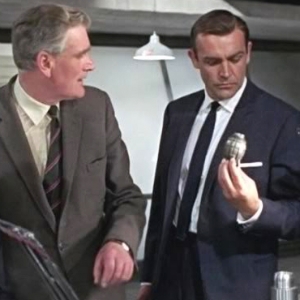 Time and Relative Dimensions in TV – Like Charlize Theron’s character in Young Adult, 3D TVs were once the hottest thing going, and they’re still desperate to hold onto our attention, even when we’re perfectly comfortable with the familiar and attainable. But now that ESPN’s on board, it’s like she’s dating the quarterback again. Is it time for an all-American comeback?

Eye Spy – MGM & Fox Home Entertainment promise top-secret announcements about James Bond on Blu-ray, and we don’t think it’s that they’ve used CGI to make Roger Moore finally blink. No…we’re really hoping a shertain shomeone hash been more involved than ushual, posshibly shpeaking on an alternate shoundtrack. But we’ll have to wait and see, because so far nobody seems to have a license to spill.

Keep Spinning – If the Xbox 360 turned your head, will the rumored Xbox 720 rotate it twice? We’d love for Microsoft to wow us at what is reported to be their last CES appearance ever, and just aren’t sure that Windows 8 will be enough to do it.

Best Trends Forever – Dennis Rodman, Snooki and 50 Cent are among the celebrities appearing at CES, but we have, ahem, “Faith” that Shira Lazar’s live edition of What’s Trending, featuring Eliza Dushku, will be a hot ticket. Starting at 11 a.m. Thursday in the Venetian Showroom, the event promises an insider’s look at the future of tech, plus tunes from DJ Mike Relm.

E-Z Phone Home – Can we please see some new phone covers? Pleeeeease? Oh, we can? At every other booth? Good to know.