Let the new Nerdist Channel lord over your time. 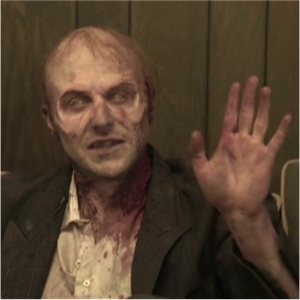 Considering that there are TV networks dedicated to selling you merchandise, showing historical documentaries, preparing food, going on about golf games 24/7 and more, it’s about time there was a Nerdist Channel.  Cartoons, puppets, smartass comedy and commentary, pop-culture oddities and all the good stuff you’ve come to expect from Nerdist…we hear you. That’s why, starting very soon, the new Nerdist Channel on YouTube is going to blast you into a new universe of entertainment. And while we celebrate our upcoming birth, you’re the one who has a chance to win presents.Let Zombie Chris Hardwick tell you all about it. Like regular Chris Hardwick, he’s funny and articulate. Unlike regular Chris, he features a body by makeup maestro Greg Nicotero, and he’ll bite you if you get too close. But listen carefully to what he says, because here’s the part where you could win stuff. We’re giving away a Doctor Who swag set from Underground Toys that includes a customizable electronic Sonic Screwdriver, light-up Dalek keychain and two blind-packaged Character Building mini-figures in the style of your favorite block construction toys. Subscribe to the Nerdist Channel, like us on Facebook, follow us on Twitter and enter on our contest page for a chance to win. As a bonus, we will work our dual hearts into a tizzy to entertain you constantly.As announced by Chris on Late Night with Jimmy Fallon, we’ve partnered with Broadway Video and the Henson Company on shows coming up that feature the likes of Rob Zombie, Neil Patrick Harris, the Awkward Family Show crew, Weird $#*t from Japan, the ongoing presidential campaign of Marvin E. Quasniki and much more. Before long, we’ll have more incarnations than your average Time Lord. But without a Sonic Screwdriver…since one of you will be going home with ours…