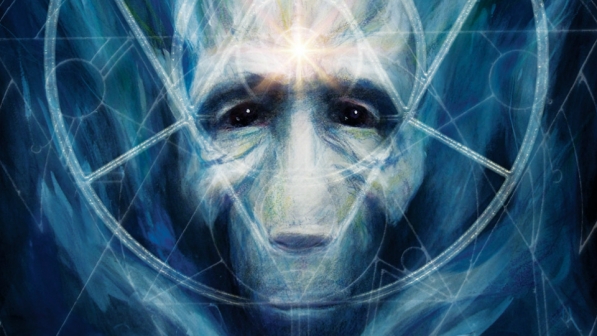 Let us be completely honest – while we were familiar with Joshua Dysart‘s excellent comic book work on titles like Unknown Soldier and B.P.R.D., we didn’t know too much about him as a person, so when the chance to interview the Harbinger scribe arose, we leaped at it. As we discovered, Dysart is a man of many convictions. He loves The Dark Crystal, the medium of comic books and braising the ever-loving hell out of stuff in pork fat – values which we can all agree are pretty All-American. Honestly, who doesn’t love a good braise? To celebrate the release of Archaia Entertainment’s Jim Henson’s The Dark Crystal: Creation Myths, Vol. II, we caught up with Dysart to get the inside scoop on what we can expect from our journey back to Thra.Nerdist News: Tell us what’s going on in the world of The Dark Crystal and what we can expect from Vol. II.Joshua Dysart: As the title suggests – especially the “Volume II” aspect – there was a previous Dark Crystal book before mine. Really well executed and lovingly done, and that introduced a few characters and introduced the notion that Agra was an immortal who was born at the beginning of Thra. If you don’t remember the movie, Thra is the world and Aughra was one of the more cantankerous characters in the film. The original volume introduced her and her son Raunip; it also introduced the Gelfling named Gyr who’s a sailor and a musician and goes to the end of the world where he hears a song of the aliens who are occupying them, the UrSkek.So that’s where our book picks up and we really tried to make it self-contained. We reintroduce the characters to the best of our ability and get them on the road. Our book takes place 1,000 years later, actually, and it’s about them going to all the sentient races of Thra – the Pod people, the Gelfling and everybody – and heading to the Crystal Palace for the next Great Conjunction. Those who have seen the movie and know the history of the world know that the Great Conjunction is the event that splits the UrSkek into two separate species that are sort of soul-linked, the urRu (the mystics) and the Skeksis. That’s what we’ll be covering.NN: It seems like there’s quite a bit of mythology that you need to absorb. I know for Unknown Soldier, you went to Uganda to do a month of research. How did you prep for this project? Repeated DVD viewings? Poring over every archival material you can get your hands on?JD: You know, what’s interesting is that this movie is actually a huge part of my development and a big part of my inspiration and I think you can see certain aspects of the aesthetic, if not the philosophy, in my work today. Honestly, the research and immersing myself in the mythology wasn’t difficult at all; I found the book to be easy to write and I was able to slip back into that world with no trouble at all. I saw the film so many times that I’ve spent more time on Thra than virtually any other fantasy world. Except for maybe Elfquest. [laughs]Be sure to read our complete interview with Joshua Dysart on Nerdist.com and look for The Dark Crystal: Creation Myths, Vol. II in your local comic book store today.