Travel to Metropolis with Scott Snyder and Jim Lee! 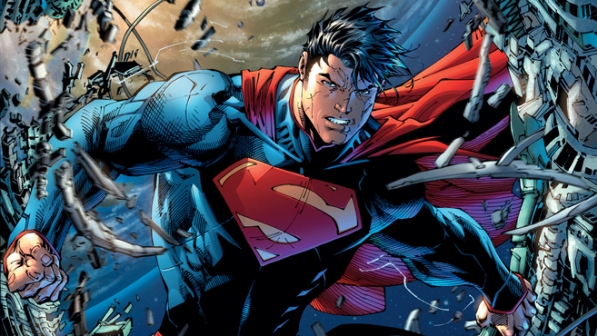 Scott Snyder might just be the J.J. Abrams of the DC Universe. That isn’t to say he has a penchant for lens flares; rather, the Batman and Swamp Thing scribe seems to be taking the reins of everything we love – and we’re okay with that. Amidst the array of DC’s New 52 titles, Snyder’s stories stood out from the rest thanks to their compelling characters, nuanced narratives and clever blend of history, mystery and mythology. This June, Snyder and DC co-publisher Jim Lee will be taking on the DCU’s other monolithic metahuman in Superman Unchained. It may be Superman’s seventy-fifth anniversary, but it looks like we’re the ones getting the gift.We know what you’re thinking – “Another ongoing Superman book? Aren’t there like three?” To you we say, don’t look a gift horse in the mouth, but Snyder has some kinder words. In an interview with the L.A. Times’ Hero Complex, he said that he wants readers to “open the book and see things both artistically and story-wise that are going to knock them over and say, ‘I’ve never seen Superman done this way before, ever.’” With Jim Lee’s iconic artwork and Snyder’s proven storytelling ability, Superman Unchained is one title we can’t wait to see let off the leash.To get the skinny on what to expect from Snyder’s Supes, we went straight to the horse’s Eisner Award-winning mouth and talked Batman: Zero Year, Superman Unchained and more with Jim Lee and Snyder himself.

Get your bookmarking finger ready…more

Plus an interview with writer Travis Beachammore

Tales guaranteed to astonish or at least facepalm.more