Because Wednesday would’ve just been Hump Day without them. 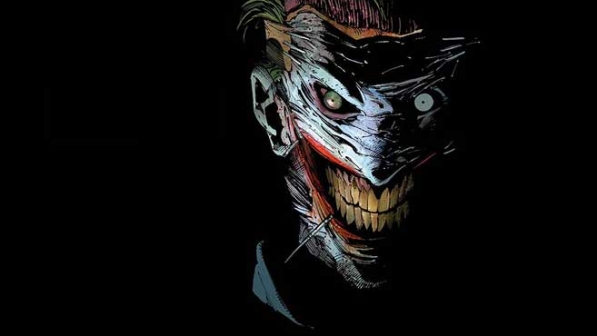 Great Caesar’s Ghost! 2012 was one hell of a year for comic book readers, huh? The Big Two, DC and Marvel, essentially rebooted their entire universes, multiverse-spanning crossover events dominated the landscape and we saw an up-tick in creator-owned books with an emphasis on character development. The end result? A lot of money spent every Wednesday at our local comic book shop. But, which titles reigned supreme? Which made the workweek bearable in ways that others simply could not? Read on and find out in the exciting conclusion to “Civil War 52 NOW!: Nerdist News’ Top 5 Comics of 2012!”

Punk Rock Jesus (Sean Murphy) – We know what you’re thinking – we thought the same thing. The only unfortunate thing about Punk Rock Jesus is its title, which immediately raised an eyebrow for our inner hardcore kid, but writer-artist Sean Murphy’s heady tale of a Shroud of Turin-made clone of Jesus Christ turned rebellious punk rocker and the troubled ex-IRA operative charged with keeping him safe is one of the most compelling books to come out this year. Murphy demonstrates his considerable talents and caustic wit in the mini-series, skewering everything from organized religion to the media to politics to everything in between, but, at the end of the day, PRJ showed us that our punx quotient was in dire need of being upped.

Fatale (Ed Brubaker, Sean Phillips) – When most folks think of Ed Brubaker, they probably think of his dynamite run on Captain America, which came to an end this year (seriously, go read #19 right now), but, for us, Ed Brubaker’s 2012 was all about Fatale, a supernatural noir mystery that’ll sink its hooks deep in your brain (and your wallet). Enhanced by Sean Phillips’ stellar art, Fatale’s mixture of guns, sex, twisted cults and murder makes for a potent comic cocktail that you won’t want to put down. Just how good is this book? It was supposed to be a twelve issue maxi-series, but it’s been bumped up to ongoing monthly status. ‘Nuff said.

Daredevil (Mark Waid, Chris Samnee, Mike Allred, Paolo Rivera, Kano) – By all accounts, Daredevil is kind of a weird hero: a blind lawyer who gained a radar-like sense after being blinded by the toxic waste which also gave us the Teenage Mutant Ninja Turtles? But, the Man Without Fear proved that you shouldn’t judge a book by its cover, unless, of course, that cover has Mark Waid’s name on it. Between transforming a rogues gallery castoff like The Spot into a legitimately scary villain to bringing Matt Murdock to his wit’s end (without pushing him over the edge), Waid’s deft balance of lighthearted superheroics and densely crafted pyschodrama rejuvenated the book, snagging several Eisner Awards in the process, and earned Daredevil a permanent spot on our pull lists.

Saga (Brian K. Vaughan, Fiona Staples) – Brian K. Vaughan set the bar pretty high for himself with Y: The Last Man. Like really high. Like Snoop Lion high. It didn’t seem like there was any way he could top himself, but then along came a little book called Saga, which, after only 8 issues, is looking like it could give Y a run for its money. Marko and Alana have become the Coach and Mrs. Taylor of the comic book world, which is to say that they’re the most preeminently enjoyable couple to watch and their relationship feels real, grounded and familiar despite the “alien lovers on the run from intergalactic bounty hunters and robot fascists” situation they find themselves in. Fiona Staples gorgeous artwork is the buttercream icing on one seriously delicious cake.

Batman (Scott Snyder, Greg Capullo, Becky Cloonan) – While we have nothing but love for indie books and creator-owned titles, there’s something special about when one of the Big Two can take a flagship title and elevate it to the next level, which is exactly what Scott Snyder and Greg Capullo did with Batman this year. To do so while introducing a brand new villain into the expansive Batman mythology is even more impressive. The tense mystery of “The Court of Owls” would have been plenty, yet there we were, month after month, tearing through Snyder’s pages and Capullo’s brutal pencils as the “Night of the Owls” and “Death of the Family,” with its macabrely MacGuyvered Joker, continued to unravel one of the grimmest, most exciting detective stories we’ve read in years. This book is most definitely not wearing hockey pads.