Celebrating eleven years of awesomeness from the Fables scribe. 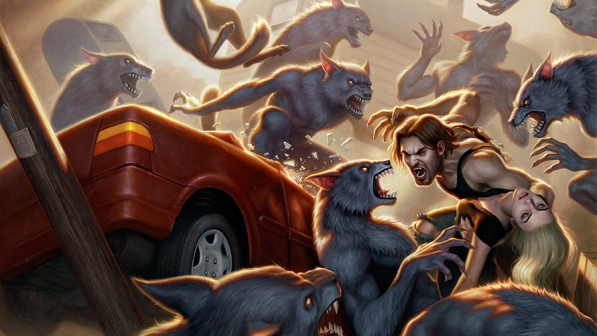 Slow and steady may have won the race for Aesop’s titular tortoise, but Bill Willingham’s sprawling fantasy series Fables has unfolded at a relative breakneck pace since it burst onto the scene in 2002. Eleven years later, the Vertigo staple has spawned 120+ issues, several spin-offs (Fairest, Jack of Fables, Cinderella), original graphic novels (Werewolves of the Heartland, 1001 Nights of Snowfall), original prose novels (Peter & Max) and a rumored adventure game from the folks at Telltale (The Walking Dead). Given the nature of the source material, this seems like the kind of rich, ever-deepening gig that Willingham could pursue for the rest of his days – sort of like Hal Foster’s 34-year-run on Prince Valiant, only with more Big Bad Wolf and flying blue monkeys. To find out what makes Mr. Willingham tick, we caught up with the Fables pharaoh to pick his brain on everything from the attraction of writing mythological characters to burrito fillings.Nerdist News: You’ve been doing Fables for over ten years now and it’s incredible because it seems like the popularity hasn’t waned at all. What gives this book such a lasting appeal?Bill Willingham: Boy, that’s a good question and it’s one that I don’t know I have a satisfying answer for because I don’t trust it either. A little peek into my psychology, I’m still thinking that if I play my cards right, I might be able to break into comics some day. [laughs] That’s kind of the mindset under which I operate, so, with Fables, my hope is that it’s going to catch on. I guess we’re 127 issues into it; I still think this thing might possibly have legs someday.That said, what do I attribute the popularity to? I think it’s part and parcel that people like stories about people they know. They like to know what’s happened lately with them. Maybe it’s the sprawling cast, maybe it’s the fact that a lot of good drama is built upon building on reader frustration. We want to get back to this character, we want this terrible thing to be resolved, and that frustration is what keeps us turning pages. When you have a sprawling cast like Fables, it might be that we’re having a wonderful time with these characters, but we want to get to these other characters that we know are out there doing stuff and having terrible things happen to them too. NN: There’s definitely the appeal there because, as a reader, you grew up with these mythic characters and you want to see what’s going to happen to them in this new context.BW: Yeah. I have a very strong “what happens next?” urge within me. I don’t think I’m unique that way. Which is why I love series television, serialized books – as much as I loved the first 37 Tarzan novels, I want to see what new lost civilization he’ll discover down the road. I think that’s part of the engine that drives Fables. And it’s part of what we’d planned to do. We take these characters that have existed for years and years – centuries in some cases – and just start answering the question of “what happens next with these characters?”Be sure to find out what happens next in our full interview with Bill Willingham at Nerdist.com! Then make your way to your local comic book shop to snag a copy of the latest Fables original graphic novel Werewolves of the Heartland or Fairest, Vol. 1!