Win a trip to Sin City for D.I.C.E. by making Valve/Nerdist mashup art. 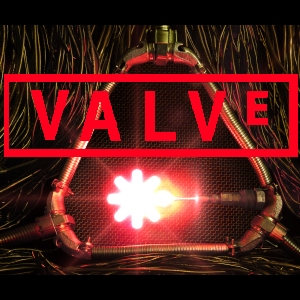 If we know anything at all it’s that there are two undeniable truths: the cake is a lie and creative people make cool stuff. We’re also prepared to go out on a limb and say that a great many of you out there quite likely have the highest degree of creativity. Through our friends at Valve (listen to Valve president and gaming deity Gabe Newell on the Nerdist Podcast), the creators of Steam, Half-Life, Portal and 3D hat-wearing simulator Team Fortress 2, we’re sending one of you creative artist types who makes the best piece of Valve/Nerdist mashup art to Las Vegas for this year’s Design Innovate Communicate Entertain (or D.I.C.E.) Summit in style.Mr. Newell, or Gaben as he’s known to the people, is the president and co-founder of the Valve Corporation, which has made a ton of amazing video games (too many to list, in fact. We’re too busy playing them) and has done quite a bit to push the interactive entertainment industry into the future. He’ll be inducted into the Academy of Interactive Arts & Sciences Hall of Fame at the D.I.C.E. summit and, if your piece of art is chosen, you’ll get to witness his keynote speech for yourself, first class travel and two nights at a Vegas hotel. Basically, it’s the best thing you can hope to hear Gaben say this side of “Half-Life 3 confirmed.”So, now it’s up to you, O’ Makers of Things. You know all the great stuff Valve produces, and you know all the stuff Nerdist does, so light a fire in the right side of your brain and get as creative as possible. Maybe you can have Chris, Matt and Jonah grabbin’ pills Left 4 Dead-style or have Gordon Freeman wielding a burrito-bar. Those two are on the house. So, if you’re a US resident who’s 18 or older (Hey, It’s Vegas we’re sending you to, not Disneyland), take a picture of your awesome art and e-mail it to [email protected]. You only have until Friday, January 25th to enter, so hop to it! A weekend in Las Vegas is only an indeterminate amount of work and ingenuity ahead. Crowbars up people!Complete rules can be found on the Valve/Nerdist DICE Fly-Away rules page.