Slash, Patton Oswalt and the stars of The Blacklist have geekery for you. 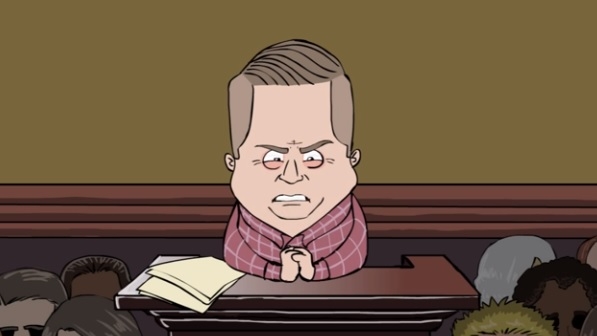 YouTube‘s Geek Week kicks off with a Blockbuster Sunday full amazing things from the Nerdist Channel and beyond. Here’s Ambassador Freddie Wong with a video starter kit.Patton’s Plan – On an episode of NBC’s Parks & Recreation last season, Patton Oswalt played a concerned citizen who used an open forum to filibuster some ideas he had. Those ideas were for what Star Wars Episode VII should be like. It was nothing short of brilliant. Animator Daniel Spellman agreed and took it upon himself to give visuals to all of Patton’s awesome, Marvel-crossovery ideas. Robotic Chewie? We’re in.Gangster Squad – In the new NBC show, The Blacklist, the FBI has to begrudgingly trust a notorious gangster (James Spader) to catch a series of other gangsters. With all this mafiocity, we wanted to hear what stars Megan Boone and Diego Klattenhoff thought were the ten best gangster movies of all time. There are some great movies on the list, though Megan and Diego disagree on their list placement. It’s a delightful debate.Slasher Movies – The always hatted and bespectacled rock god Slash is branching out into the world of horror film producing with the October release of his new movie Nothing Left to Fear. The shred master spoke with Carrie Keagan at Comic-Con about the film’s real-life roots and what scares him. He also gives us his Top 10 horror movies of all time, and he’s got some good taste.For more on these and all the goings-on during YouTube’s Geek Week, keep your browser locked on Nerdist.com.

Grammar Slam is better THAN most things.more

Global Geekery Day has a TARDIS load of videosmore