Get Your Gun, it’s Christmas

We love LA, but if the movies are true, it’s a dangerous place in December. 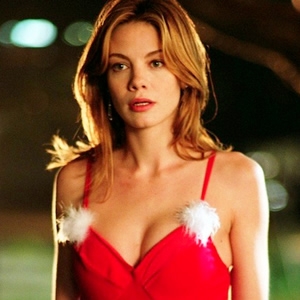 When it comes to the holidays in New York, it’s all about ice skating, horse-drawn carriages and kissing just to keep warm – how adorable. But in the City of Angels, Christmas is a time for capers, killings and merry mayhem…or at least that’s what Hollywood would have us believe. Here are our Top 5 Christmas Flicks, LA-style.

Die Hard – Let’s get this out of the way: Die Hard is without a doubt the biggest, baddest, blowing stuff up’n’est cartoon Christmas flick ever put on film. It’s never been better to give than to receive as it is when the gift up for grabs is a clip full of ammunition out of the end of your brand new machine gun. Ho ho ho.

Lethal Weapon – Wouldn’t you know, suicidal super-soldiers make great lone wolf detectives, but lousy holiday house-guests. For an action-packed buddy-cop movie that features an insane-off between legendary lunatics Mel Gibson and Gary Busey, there’s actually a good deal of cheer in there too – mostly right before the credits.

Kiss Kiss Bang Bang – Christmas crime rates finally take a dive…when petty thief Harry Lockhard (Robert Downey Jr.) accidentally stumbles across gainful employment as an actor. Much like many of our real holidays, the film is chock full of sarcasm, deceit and colorful insults, but still leaves us smiling.

Edward Scissorhands – Sure, it was shot in Florida, but we know Tim Burton’s bizarro-Burbank when we see it. And while it may not fit in perfectly with the rest of the crime thrillers on our Christmas list, if we learned anything from Edward, it’s that conformity is totally overrated anyway.

Night of the Comet – An El Rey usher is left to fend for herself against a mutant/zombie population in an empty Los Angeles during the holidays? You just described our dream Christmas.

Plus, I, Frankenstein, Monster Machine and A.C.O.D.more