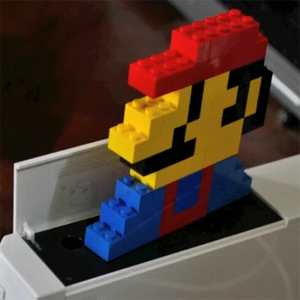 No doubt many a nascent filmmaker’s imagination was stoked by the power of Lego, the one toy nearly every kid played with before moving on to video games and movies.Lego’s own toy-based attempt to inspire future film artists was short-lived, but that was probably only because budding Lego moviemakers were already doing their own thing. What was a quiet bedroom hobby (we’re talking Lego movie making, not what you’re thinking…and from what we hear you’re not that quiet, Bedsprings) has become its own cinematic movement. See the result on Bricks In Motion.A majority of these shorts involve the adventures of those those stoic citizens of Legoland, the Lego men. They’re most often fodder for humor, whether in superhero spoofs like “Captain Obvious,” or passing heavy judgment on an overplayed Celine Dion song in “Lego Massacre.” Other films branch successfully into headier genres. “Piano” manages genuine moments of Poe-style creepiness with its plastic thespians, while the music video “Brick It” captures an average day for an average Joe in a manner that actually makes you feel for the li’l guy.For all-out production value, though, ya gotta go with Zombie: Genesis: a Lego film about a documentary about the making of a zombie film that uses real zombies who are Legos. The concept alone is more mind-scrambling than a perfectly executed head shot. Still, it’s a good example as to why these little flicks are a great way for beginning movie makers to discover the building blocks of solid storytelling.