Plus, check your To-Do List and travel to Europa. 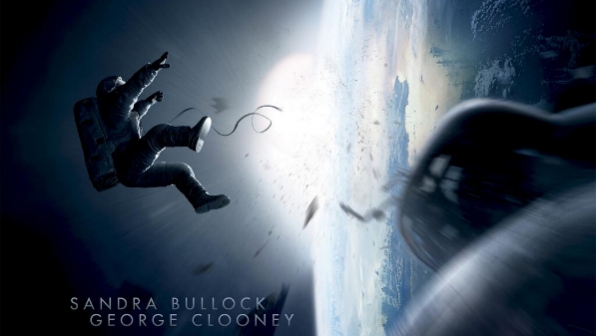 Stacees Jaxx – Our own Chris Hardwick moderated a myriad of panels at Comic-Con this year, but only one had a Rock of Ages-off. At the panel for the new sci-fi action movie Edge of Tomorrow, its star, Tom Cruise, surprised Hardwick by mentioning the thing they have in common: That they both played Stacee Jaxx. This led to a Foreigner sing-along you have to see to believe.“Eureka!” – The only apple we were worried about falling was our iPhones when we saw footage of Gravity. No, not the force that we fight every day when we muster the courage to stand up, the movie with Sandra Bullock and George Clooney, directed by Alfonso Curon. Chris Hardwick took a few minutes at Comic-Con International to talk with the Ms. Bullock and her director about the new film. Check It Twice – The transition between high school and college can be rough, especially for those who haven’t learned all “the ropes” yet. In the raunchy new comedy The To-Do List, an overachieving valedictorian (Aubrey Plaza) realizes she’s deficient in a particular, bed-filled arena and decides to make up for lost time. For interviews from Comic-Con with Plaza, the rest of the cast and writer-director Maggie Carey, head over to Nerdist.com.Drops of Jupiter – These days, science fiction movies tend to be about alien invasions, time travel paradoxes or the end of the world by some manner of plague, but the new film Europa Report gives us an adventure based on real science. It follows the first manned mission to Jupiter’s moon and had JPL scientists as advisers. Read our interview with director Sebastian Cordero and star Karolina Wydra to find out how a yoga ball was used to simulate weightlessness.For more on these stories, plus Course of the Force at YouTube Space LA and a look at Sylvester Stallone in 1975’s Death Race 2000, head over to Nerdist.com.

Grammar Slam is better THAN most things.more

Global Geekery Day has a TARDIS load of videosmore