Speaking of space and science. 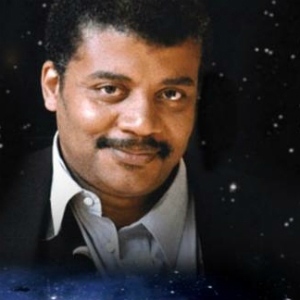 Dr. Neil deGrasse Tyson is like the science teacher you wish you’d had back in high school. With his radio show StarTalk, he has cleverly utilized the celebrity interview format to enhance an understanding of how science affects a famous life; starting today, the new televised version will enhance yours on the Nerdist Channel. We had a chance to talk to Dr. Tyson shortly after the show was announced; it certainly improved our day.Nerdist News: You were passionate about science from a very young age, but was there always a passion for broadcasting and communications, or the entertainment side of it?Neil deGrasse Tyson: No, not really. That sort of came later. I had no such ambitions, and I still don’t, actually, [laughs] no matter what it otherwise looks like, I still don’t. I do it because I can, not because I seek it out. And it resonates with people. For what is a relatively small investment of my energy, many people derive great fulfillment from it. That’s what an educator wants, is to sit in front of an audience, and to have information that you’re sharing. You want them to not only embrace what you say, but like it, and perhaps feel compelled to share it with others. That’s a good day for an educator. By the way, if people weren’t learning, or if they weren’t enjoying it, I would just go home.NN: The stereotypical science nerd isn’t known for being extroverted or a great conversationalist. Have you always been this way, or was it something you learned?NDT: [laughs] I had very extroverted parents. Growing up in that environment, I didn’t know anything different. They were always entertaining, and always had dinner parties. They were extroverted not in the “life of the party” sense, but just in the energy they had to socialize. But because I went home to that every day, the idea that people matter, and that having a social energy to engage people is something natural, then it was not a foreign concept for me to carry on that way. Only later, what I’d see is I’d be immersed in communities of people where they either don’t value that investment in social energy, or don’t care, or just have other things to do in life. NN: As a society, where do you think we stand as far as being “anti-science”?NDT: I think in the ’60s, the people who were anti-science or anti-technology, they were still around, but they were given no place to stand, because we were on our way to the moon. What that meant, in terms of our progress and science and engineering, it was manifest, hand-written large on a daily headline. If you said, “I don’t believe in technology,” I’m like, “Go take a hike! Look: we got Neil Armstrong walking on the moon! I’m not even going to listen to you!” When you don’t have these big nationally inspired and nationally-driven projects garnering headlines, then it’s easy for people to take the fruits of science for granted, for them to become complacent about what science is and engineering and what it means to them. I would claim that if America went back to Mars, and took on all of space as our backyard, and discoveries and patents and innovations were rolling off, or were available to be tapped from the NASA flywheel of innovation, then once again there’d be no place for those who are the Luddites of society.For more – much more! – with Dr. Tyson, including his experiences with politicized science and his possible resemblance to Sinbad in Necessary Roughness, check out our full interview. StarTalk on the Nerdist Channel starts today.