Halo 4, Forward Unto Dawn and a pile of toys for you! 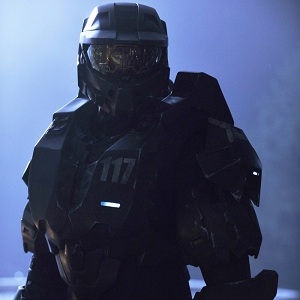 Get that man a weapon! It’s been five long years since a playable Master Chief graced our gaming screens in the cliffhangery Halo 3; this November, he’ll be making his triumphant return in the next installment, the appropriately-titled Halo 4. Part four of the landmark Xbox series will begin a new game trilogy that will tie in more directly with the novels and other spin-off material. And speaking of tie-ins, today sees the premiere of Machinima Prime’s Halo 4: Forward Unto Dawn, the epic five-part, live-action web series set 20 years prior to the events of the game. In it, a new group of UNSC cadets face the perils of war and cross paths with our favorite cybernetically-augmented super soldier. And if you want even more Halo goodness, we’ve teamed with McFarlane Toys to offer a fantastic Halo 4 Toy Sweepstakes! Enter and go to our Facebook, Twitter and Google+ pages for extra chances to win.Forward Unto Dawn has the pedigree to be released theatrically this minute, but instead Machinima Prime is bringing it straight to us. It features a very young group of cadets who must learn to act as a team if they want to survive the onslaught of alien invaders. One cadet will have to step up and become a leader if any of them are going to make it out alive. Luckily for him, he has everybody’s favorite super soldier, John-117, to help guide him through the tough bits. (Hint: they’re all tough bits) With all the awesome toys we’re giving away, you can set up your own small-scale assault and Master Chief can help you too. Sure, it’s just an action figure version of him, but you aren’t actually forced to fight aliens so it’s a fairly even trade.The characters introduced in FUD will tie into the Spartan Ops mode in the game, making the Halo universe one of the richest and most fleshed-out of any video game since the days of The Super Mario Bros. Super Show. To flesh-out your own Halo universe, don’t forget to enter our contest to win a weapons cache of action figures and other Halo 4 goodies from McFarlane Toys, including a box set signed by Todd McFarlane himself. Head to our Facebook, Twitter and Google+ pages for more entries but be sure to enter before October 12, 2012 because a grab-bag this phenomenal won’t respawn any time soon.