NERDSWAG: The Generous Soles of Shoebacca

Cover your feet with some Kashyyyk chic. 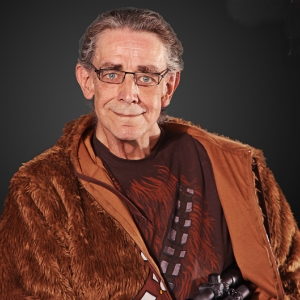 For perhaps the first time in recorded galactic history, the Wookiee is going to let you win. That generous allowance on his part may be due to the fact that the hirsute, mechanically savvy creatures prefer to go around barefoot, and this particular prize package from Shoebacca involves a year’s supply of shoes. Enter their giveaway now and take that victory any way you can get it, because a signed, framed picture of Peter Mayhew, a.k.a. Chewbacca himself, is also part of the deal. Fresh from appearing at Course of the Force, Mayhew and the footwear company that comes close to bearing his famous alter-ego’s name want you to be able to run next year’s event with the snazziest sneakers they can provide.In addition to a year’s supply of shoes (12 pairs, which should actually last you significantly longer) and the Mayhew portrait, one grand prize winner will also receive Shoebacca T-shirts, hats and backpacks. Five second-prize winners and 25 third-prize winners get those too, with the second-prize winners also scoring a $100 gift certificate. Because for those of us not covered in heavy fur, clothing matters.Shoebacca as a company was founded on principles of helping the less fortunate – initially selling used brand-name shoes to underprivileged families at neighborhood markets, and later shipping them to third-world countries and becoming actively involved in charity events like Course of the Force. If you find yourself frequently unable to afford the finest in footwear, this is your chance to benefit from their generosity. Step on over to their contest page, and maybe you can walk away in style.