NERDSWAG: They Call Me Baba Booey To Debut on the Nerdist Channel 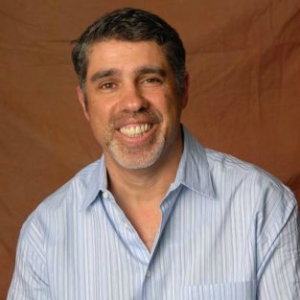 You’ve heard the name, most often shouted by talk-show callers who’ve managed to evade the screener, but later this year, you will know the true meaning when Gary Dell’Abate’s They Call Me Baba Booey premieres on the Nerdist Channel. For those not familiar with the bad Booey of radio, we’re celebrating with a giveaway of three signed copies of his autobiography to prepare you. He may be known as the producer for Howard Stern, but that’s not all he can produce – head to our Facebook, Twitter, and Google + pages for bonus chances to win his wordsmithery.When he’s not being mocked by Stern for misremembering the names of Hanna-Barbera cartoon characters that appear in the animation cels he collects, The Artist Formally Known As Gary Dell’Abate is quite the tech-head. An avid connoisseur of audio-video gadgetry and pop culture, he plans on welcoming the Nerdist Channel into his man cave for an up-close look at his ever-growing collection. For Stern fans, it’ll be a fresh look at a familiar face under a new light. For noobs needing a tech fix, he’ll be your new best friend. “I am very happy to be a part of the Nerdist family and channeling my inner geek with everyone there,” Gary tells us, “and I am even more excited to join Chris Hardwick and Team Nerdist’s bowling team!”But before we get ahead of ourselves, snap up one of three free copies of They Call Me Baba Booey before the show of the same name hits the interwebs. It’s easy to do: just enter over on our contest page, then get extra chances when you call up our Facebook, Twitter, and Google + pages as deftly as you would if you were a Stern fan desperate to yell Dell’Abate’s nickname to the world. Because with him on board, the Nerdist Channel might just be gearing up to steal the title “King of All Media.”