The producer tells us about zombies, TV and women in Hollywood. 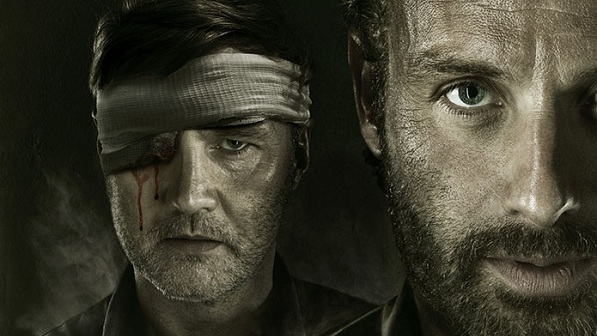 Gale Anne Hurd has been a producer in Hollywood since the early ‘80s and has been involved in some of the biggest science fiction, horror and action movies of all time, including the first three Terminator movies, Aliens and Armageddon. Since 2010, she has been the executive producer on AMC’s monster hit (pun intended), The Walking Dead, which returns Sunday, February 10th at 9/8c. She was nice enough to talk to us about what terrors await us for the rest of Season 3, why she’s been so drawn to genre cinema and Hollywood’s attitude toward women in executive roles. For the complete interview with Gale Anne Hurd, head over to Nerdist.com. NERDIST NEWS: The first half of this season of The Walking Dead ended on a very ominous note; what can we expect from the second half? GALE ANNE HURD: Well, if you thought this was ominous… [laughs] you’ve only stuck your toes into the shallow end, I can say that. NN: That’s an ominous answer to that question. GAH: Well, you can be sure not everyone makes it out alive. And we’ve got a truly interesting scenario, not only with Daryl and Merle, but the Governor and Andrea. It’s very complicated and very primal. NN: What’s it like to produce a show like this, which has a very real chance for characters to die at any moment, and for the narrative to change on a dime? GAH: The fantastic thing is that we have such inspiration from Robert Kirkman’s comic book. He’s certainly blown some fans’ minds with what he’s done throughout the series, most recently in issue #100…if you read it, you’ll know what I’m talking about. So, the show is true to the world that Kirkman created and the stakes of it are truly life and death. It’s not life and death like it’s 1 in 100 million I’m going to be hit by a bus tomorrow; it’s am I going to be infected by a walker? How am I going to find food tomorrow? How am I going to find a safe haven? And, even more frightening this season, what am I going to do when I encounter a homicidal human? Check out the rest of our interview, including some TV vs. Film talk, on Nerdist.com