Getting shipwrecked has never been this fun. 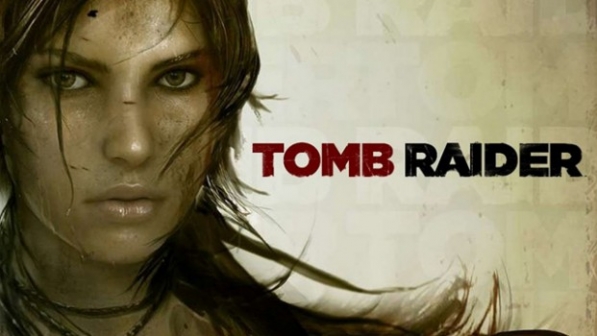 Lara Croft has what some might call a troubled past. The eponymous Tomb Raider famously locked her butler in a walk-in freezer, was scandalized by rumors of nude codes and, if her previous 3D models are any indication, she suffers from lower back problems. We can’t live in the past though, unless of course, that past is Ms. Croft’s epic origin story, which is exactly what her new game, Tomb Raider, covers. Don’t let the fabulous wealth and sometimes aspirational proportions fool you; much like Chris Hardwick’s Destiny’s Child ringtone, Lara Croft is a true survivor and you’ll finally be able to find out if you’re the fittest in her excellent new adventure.Lara Croft wasn’t always a certified ass-kicker, you know. Survival is the name of the game in Tomb Raider, which unfolds in the aftermath of a shipwreck that leaves her and her crew on a mysterious island. Developing survival skills, hunting animals (and mercenaries) for food (and hopefully not food) and exploration are paramount to Lara’s success. And she rocks a bow and arrow better than Katniss Everdeen, so there’s that, too. Normally, we’re a bit hesitant when it comes to origin stories, but Square Enix and Crystal Dynamics have crafted a thoroughly compelling quest in which the young Ms. Croft’s character is put through the crucible. What is it about mysterious islands and forging heroes? Can we take a vacation there? Actually, we’re probably better off at Sandals Jamaica.Tomb Raider is a lot like the first season of LOST: a transportation-based disaster strands people on an island, they must battle the elements to survive, there’s a metric ton of mysteries and the characters are complex, charismatic creations that make you want to go deeper into their world. In short, there’s a little something for everyone – both players who are new to the franchise and series veterans who are eager to get back in Lara’s well-worn shoes (Conan digs it too!). Even though this is supposed to be our “first introduction” to Lara, we’ve got to say, it’s damn good to have her back.