What have the Romans ever done for him? Lots, actually. 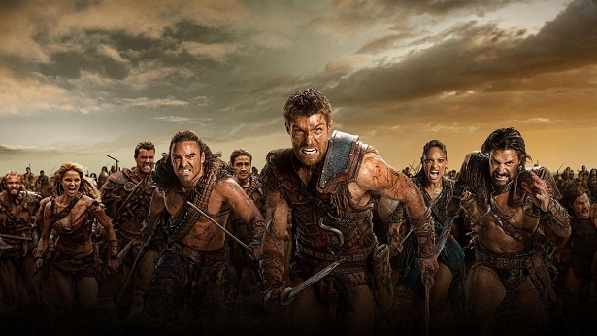 Steven S. DeKnight already has geek cred out the wazoo, having been a writer on Buffy the Vampire Slayer, Angel, Dollhouse and Smallville as well as serving as a producer of the latter three. Since 2010, he’s been up to his ears in sandals, sex and severed arteries as the creator/producer/head writer for Starz’s Spartacus series. Its third and final season, given the subtitle War of the Damned, premiered Friday the 25th of January. We spoke to Mr. DeKnight about the decision to end the series, how the epic nature of the show has changed and what corner of genre TV he plans to tackle next. Be sure to visit Nerdist.com for the full interview with Steven S. DeKnight. Nerdist News: War of the Damned is the third and final season of Spartacus; what can we expect from the culmination of the story? Steven S. DeKnight: A lot of triumphs and tragedy, really. I think this year’s subtitle is particularly apropos, War of the Damned, and really all sides are damned. I think people can expect what they’ve always come to expect with Spartacus which is the grand spectacle, but also the really heartfelt drama and some extremely gut-wrenching moments onscreen. NN: Not too many shows get to choose when they end, and how they end, and too often shows go on for longer than they probably should; when and how did you guys make the decision to actually end it after this season? SSDK: Yeah, there was a lot of discussion about that. I feel the same way; I watch quite a bit of television… probably shocking to everyone, but I do feel that sometimes [it goes] passed the point of really strong, creative motivation and it becomes a financial motivation. Because it’s a big hit, it’s making money, it fills a necessary part of a network schedule and it becomes kind of a test of wills between the viewer and the show of who’s going to blink first. We definitely wanted to avoid that with Spartacus. Originally, I had planned on 5-7 seasons and when we were getting close to this season and looking at the war years, it becomes exponentially more expensive and complicated to produce. And the history itself becomes somewhat repetitive and a little more difficult to tell an exciting new story each season. So we thought, you know, a little bit outside the box, why not tell 10 fantastic episodes, ramp up the series on a high note and actually leave the audience wanting more?For the rest of the interview, including plans for a Halo-inspired TV series, head on over to Nerdist.com.

Scream On: The History of the Wilhelm Scream

Over 200 movies and still shrieking.more