New town, new gangs, new features all in a Row 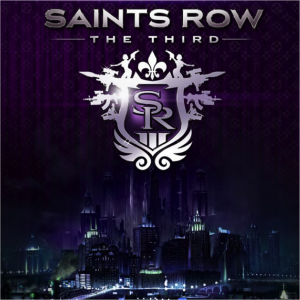 While players often like a degree of realism in their games, nobody wants a reflection of absolute reality. If you had that, any game in which you play a criminal would most often feature very little action and endless legal proceedings. If you’re going to exaggerate for awesome effect, go big. Have street gangs who dress like masked Mexican wrestlers or emo computer hackers. Customize your character with a giant papier-mache head or superhero costume. Hire Hulk Hogan and Sasha Grey to do the sort of acting that doesn’t require physical contact. Saints Row: The Third, you read our minds.Like a Bizarro-world mash-up of Scarface and VH-1’s Behind the Music, this gaming threequel sees your gang, The Saints, as rock stars of crime, with their own merchandising tie-ins and autograph signings. But pride comes before a fall, and when a larger crime organization called the Syndicate kicks you out of your hometown of Stilwater, it’s off to the sleazier city of Steelport, where – yep ! – you once again have to take down three gangs in charge.This time, however, what you do with one gang has ramifications against the next, so it’s a good thing that you now have a recharging health bar, a new respect system that gains you rewards and best of all an “awesome button” that speeds up everything you do. Does real life have an awesome button? No. It does not. That’s why games are better.

Metahuman martial arts mayhem by the makers of Mortal Kombat!more