Sex Bob-Omb In Your Face!

Rise of the Slacker Hero 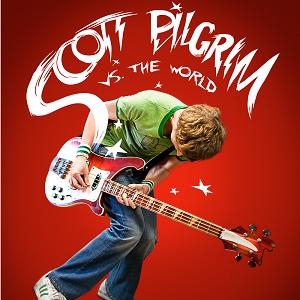 Scott Pilgrim isn’t just a trailer that’s more fun than most full-length movies.  He’s a whirlwind of geektastic comics, music, toys, video games and film. If you’re not big-manga-eyes deep into Scott Pilgrim yet, you just might be lame. Don’t worry, we can help.The Comic:Scott Pilgrim is the title character of a face-punchingly awesome OGN (original graphic novel) series by Bryan Lee O’Malley. When Scott meets the girl of his dreams, he must defeat her seven evil exes in order to date her. Comedy and action ensue. The series just wrapped up. You’ve got reading to do.The Movie Soundtrack:Sex Bob-Omb! A cheap way to get your attention? Sure. But Sex Bob-Omb is also the name of Scott’s band. The good news? Beck is writing all of the Sex Bob-Omb tracks for the soundtrack. Beck! The Video Game:Do you miss playing Double Dragon? Not only did you just admit your age, but you’re also in luck. Relive your pixilated childhood with Scott Pilgrim vs. the World, a 4-player, old school, side-scrolling fighter. Available on the Playstation Network.The Movie:Director Edgar Wright (Shaun of the Dead) brings the manic world of Scott Pilgrim to the screen tomorrow, August 13. Sure, you could buy tickets in advance, but now that you’ve had our help, you’re ready to take on the comic shop hipsters you’ll have to fight in line at the theater. Congratulations; you’re officially a little bit cooler