SOS Island Invites You to Choose Your Champion

New episodes airing now. Participate for your chance to win, too! 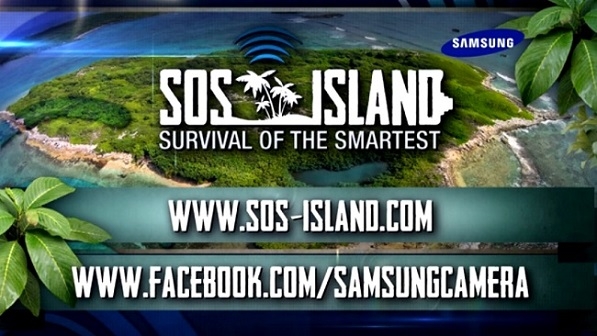 Being stranded on a deserted island is no picnic. You’ve got to build shelter, purify your drinking water and forage for food, and that’s just day one. For the contestants on survival game show SOS Island, not only do they have to contend with these things and the forces of nature, they also have to win over the audience in the process. Not an easy task, but the eight contestants are vying to win $100,000 toward their own island. Worth the lack of amenities, no?They aren’t completely without civilization, of course; they each also have a Samsung S4 Zoom phone camera to help document and accomplish their goals, and they can ask for assistance at various points via a live stream with Survivorman himself, Les Stroud. SOS Island gives fans two new episodes per week, on Tuesdays and Thursdays, from now through Thanksgiving. Four episodes have aired thus far and the fifth episode, entitled “Lost and Found,” premieres today.For the eight hopefuls to win, they need your help. It’s time for you to Choose Your Champion.  If you haven’t already, you can go back and watch previous episodes to decide who you’re pulling for, then vote on the SOS Island website. But don’t stop there! You could win a Samsung S4 Zoom of your very own by simply going to Nerdist.com’s Choose Your Champion post and telling us in the comments who you’ve chosen. If your champion wins, you’ll be entered into the drawing to win; no fire-starting required.. You’ve got to enter by midnight on Tuesday, November 26th, 2013 or no amount of SOS-ing can help.Watch new episodes of SOS Island every Tuesday and Thursday and be sure to vote. Your Champion needs you.