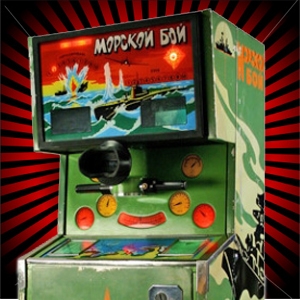 During the Cold War, teacher-turned-whiny-pop-singer Sting famously wondered in song “if the Russians love their children too.” It turns out they did, but just had a funny way of showing it…as evidenced by video games aimed at Trotskyite tykes from the Soviet days. These have now found their way into a museum of their very own.Capitalist marketing experts might have advised against using unpopular vegetables to appeal to kids. Thinking they knew better, the Communists created such delights as Turnip Strength Tester, in which young comrades could thrill to the simulated experience of extracting root veggies from the ground.“[These games] were made at secret military factories from the seventies up to the Perestroika,” says the museum’s official website. Thus, in addition to approximations of back-breaking labor, there are military simulations aplenty as well. To get a taste, drop some virtual rubles into a playable online demo of the submarine game Morskoi Boi (Sea Battle).In keeping with a collectivist ideology, none of the games list high-scores. Want a soda? No problem, Comrade Gamer. Hit the soda vending machine. Just remember this involves a shared glass each user is expected to rinse and replace after using. Geez. God Bless America…and good oral hygiene. You’ll find more detailed descriptions (in English), and videos of actual gameplay here.Retro games are all the rage. We’d totally go and play right now…if we didn’t have to fly to Russia first.