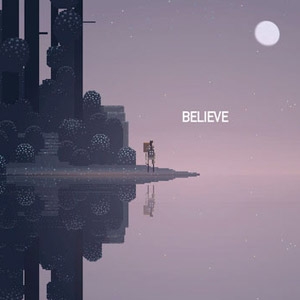 In the Legend of Zelda games, you sliced and diced Gannon. In the God of War series, you gored Greek gods. And in your backyard, you dueled to the death with gladiators in a hand-built Thunderdome. (Note: your lawyers have advised you not to say much about that last experience due to pending litigation. And neighborhood zoning laws.)Regardless, the most artful sword swinging you’ll ever do can be found in the iPad game Superbrothers: Sword and Sworcery EP. Released in late March, the game has gone on to become one of the most critically beloved apps ever released for the device.Instead of chasing realism, the graphics go retro…like a moody Frazetta landscape under an 8-bit curse. The look is coupled with amazing original music so good, you can get it on special 12″ vinyl discs called “record albums”. Meanwhile, the game has a fantastic sense of humor, and the quirky dialogue all appears in bursts of less than 140 characters that can be tweeted directly from your device. (Which means if you’ve seen #sworcery hashtags in a friend’s feed, those tweets have actually come straight from the sworce.)The app’s available now for iPad, iPhone, and iTouch. If you decide to sling some Sworcery of your own – shut it…you’re a warrior, not a spelling bee participant – remember: keep it in the game. And out of your back yard.