They Are the Champion! (Staff): Mike Cotton, Steve Blackwell and Ralph Cirella

Once wizards, now champs, they still cover the comics scene in the best way. 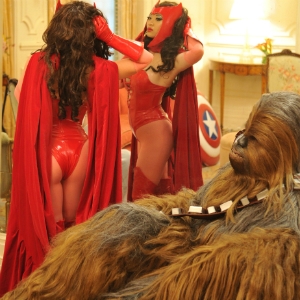