They aren’t all spandex and capes. 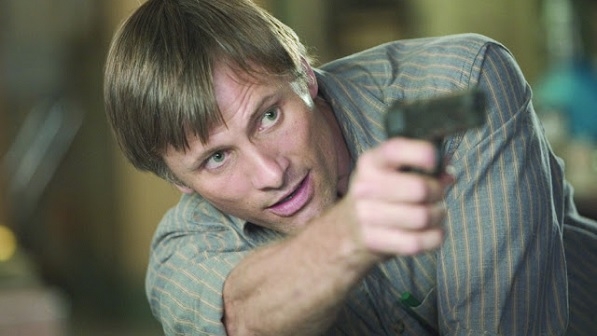 A History of Violence – David Cronenberg’s harrowing and twisty film about a simple man in Indiana (Viggo Mortensen) who, after a freak act of violent heroism, gets assumed to be a notorious gang member is full of pathos, family confrontation, and attempted redemption. It was also based on a comic book. Josh Olson’s Oscar-nominated screenplay left out the bulk of the graphic novel, instead focusing on the man attempting to put it all behind him, even if he’s got it in his blood.Oldboy – Comic books, even great ones, still have a stigma in the US as being “kid’s stuff,” but in Asia, manga is the preferred medium of storytelling. South Korean director Chan-wook Park chose this gritty and utterly twisted Japanese manga story as his second film about revenge. And you may have heard, it’s getting an American remake from Spike Lee later this year.Persepolis – Sometimes, a graphic novel’s style doesn’t lend itself to live action, but that doesn’t mean it can’t be done equally well, if not better, as an animated film. Marjane Satrapi’s illustrated autobiography about living in Iran during and after the Islamic revolution had beautiful black-and-white art which added much to the story and so, rather than try to change that, the 2007 film just animated her drawing style.To see the rest of our top ten movies you didn’t know were based on comics, and for all the other cool stuff you might want, head over to Nerdist.com