Join the Debate Club – This Time With Laughs

Comedians duke it out to see which era of Hollywood reigned supreme. 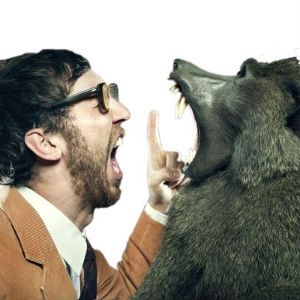 Sometimes the only way to settle a matter is with a good old fashioned debate. Coke vs Pepsi. Kirk vs Picard. Exercise vs video games. These are all questions for the ages. Two groups of comedians and comedy writers have been battling one another to try to end some of these age-old disputes. Their arena? The unassuming dais. Their weapon of choice? Only their finely honed intellectual acumen.Uptown Showdown: Old Hollywood vs New Hollywood will attempt to find out if Tinseltown really has run out of ideas or if, perhaps, that’s the way everyone has always felt. On the bill? Local laugh-merchants Gabe Leidman and Max Silvestri of the stand-up show Big Terrific, Gabe Delahaye of Videogum and Dave Hill of This American Life. Expect a no-holds-barred rumble in which no sacred cow-boy or alien will be left behind. The audience decides the winner, so if their explanation of why there is a Spider-Man reboot just five years after the last one doesn’t pass muster, you can vote accordingly. Democracy Now!This debate of drollery starts at 8PM on January 9th. Symphony Space is the venue (located, as the event suggests, uptown). Bring a bunch of friends, pick a side and prepare to get your cheer on. Afterward, head to a local bar and hash out that whole Kirk vs Picard thing.