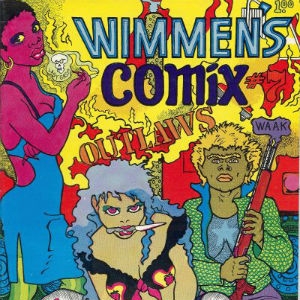 If you ask serious comic book fans when confessional comics hit their stride, nine out of ten are going to cite luminaries like Robert Crumb or Jaxon. The remaining one will inexplicably cite Todd McFarlane. The underground comix scene of the 70s was more than just Rip Off Press and Zap Comix, however. There was a similar scene being fomented by young Jewish women that exists to this day. Wait, you’ve never heard of it? Thank goodness for museum exhibits.Graphic Details: Confessional Comics by Jewish Women is shining a light (or eight) on Jewish women’s role in shaping the medium. It focuses on eighteen cartoonists, including newer notable names like Vanessa Davis and old school ink-mavens such as Aline Kominsky-Crumb. Yes, that is Robert’s wife, who strangely is not a giantess. Most of the pieces on display are autobiographical and, as such, some are downright funny and others are incredibly embarrassing and glum. You know, just like life. Is that a Yiddish proverb? Spin dreidel-like to the Yeshiva University Museum at 15 West 16th Street. It’s eight (there’s that number again) dollars, but Mondays, Wednesday evenings and Fridays are free. It runs until April, but what better time than the holidays to go check it out? Something has to happen between all of those crazy nights of Hanukkah present opening and candle lighting.