Plus Space Battleship Yamato and an Evangelion cake! 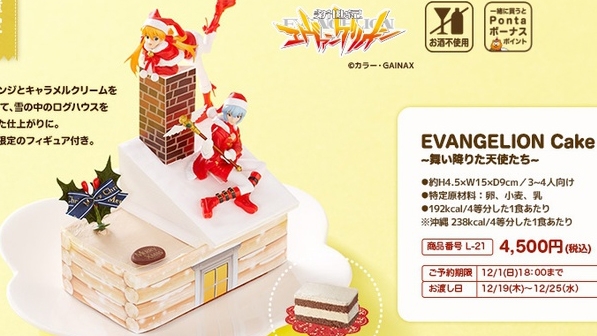 Better Than Dubstep: Japanese folks are always streets ahead on the latest trends and this newest one is uniquely Japanese. Love Udon noodles and techno music? Live in Japan? You’re in luck, as Techno Udon, a live concert which promises to combine popular techno DJ’s and rhythmic udon noodle dough stomping. You can eat the “just danced on for hours” noodles after the show, but we suggest you tread lightly.Community Mural Project Yamato: Space Battleship Yamato 2199 finishes up it’s anime run with its September 29th episode and, to celebrate it, the show’s producers have come up with a massive fan event. “Let’s make some huge Yamato artwork” gives 10,000 Yamato fans the chance to upload their pictures to be combined in a massive mural that will be crafted into a giant sized Battleship Yamato. Who wants to bet that 50% of said Yamato will be pictures of cute dogs in cosplay?Shinji Claus is Coming: Trying to get some holiday shopping done early, but can’t figure out what to buy the Neon Genesis Evangelion fan in your life? Japanese convenience store chain Lawson is playing Secret Santa by offering their annual Evangelion-themed Christmas cake. This year’s tasty treat comes complete with Rei and Asuka lounging on a log-cabin cake. It’s the most wonderful time of the year!Blue Macaw’s Cafe: Polar Bear’s Cafe is one of our favorite new series to debut in quite some time, and to celebrate the limited Japanese release of the animated film Rio, Cafe, mangaka Aloha Higa has released a custom crossover illustration featuring Panda and Penguin dancing their cares away with Rio’s star, Blue. This can only lead to the inevitable spin-off series, Polar Bear’s Zumba Class.

Plus Space Battleship Yamato and an Evangelion cake!more

Monkeying Around: The Best Spots to See Wild Monkeys in Japan

Plus the latest from Erik Matti’s On the Job!more