Lose Your Mind at a Zombie Dance Party

An ’80s cover band entertains as the undead feed on brains. 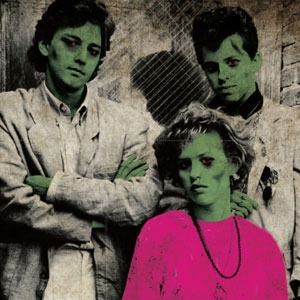 Remember the fantastic Community episode where there was a party? And Abed and Troy dressed as an Alien and Ripley in the exosuit cargo-loader? And George Takei narrated? And everyone turned into zombies? It turns out a very similar episode happened in Gowanus during a 1989 high school prom. Not the Sulu and costume parts, but the “sudden viral outbreak turning everyone into flesh eating corpses who get quarantined in a school” part. On Friday the 13th at 9PM, the doors to the afflicted Gowanus High (AKA The Bell House) will be reopened to relive, er un-die, that infamous 80s dance soiree.The local band The Engagements were set to play the affair 23 years ago but were sequestered in the school with all the other top feeders. Just because they’re stammering cadavers now doesn’t mean they don’t remember how to play the best hits of that decade. The organizers of the event warn that in order not to shock the catatonic students and musicians who have been locked up for two decades, attendees should dress in attire of the era. Dried blood and ashy face makeup are also encouraged.You don’t need a Gowanus High student idea to attend, but you do need $15 (or $12 if you buy online). The cover includes a glass of spiked punch. The night should prove entertaining even if nobody ends up hooking up with Shirley in a bathroom.